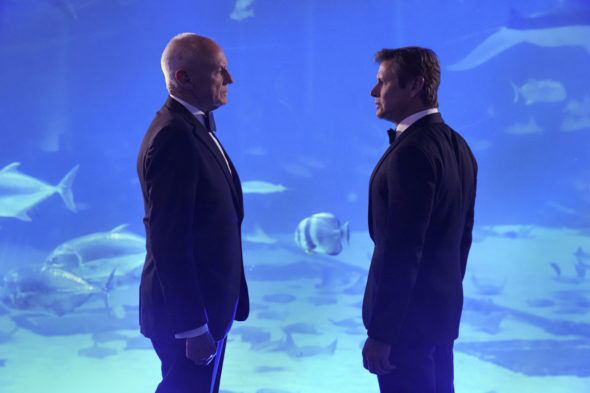 Will the Carringtons come out on top in the third season of the Dynasty TV show on The CW? As we all know, the Nielsen ratings typically play a big role in determining whether a TV show like Dynasty is cancelled or renewed for season four. Unfortunately, most of us do not live in Nielsen households. Because many viewers feel frustration when their viewing habits and opinions aren’t considered, we invite you to rate all of the third season episodes of Dynasty here. *Status update below.

A CW soap opera, Dynasty stars Elizabeth Gillies, Maddison Brown, Sam Adegoke, Robert Christopher Riley, Rafael de la Fuente, Daniella Alonso, Sam Underwood, Adam Huber, and Michael Michele, with Alan Dale and Grant Show. A reboot of the 1981 drama series, this show centers on the wealthy Carrington family and their energy empire which they must defend against the Colbys and other adversaries, as well as from each other. In season three, the Carrington family faces the unknown on all fronts — business, family, and love — with plenty of shocking twists along the way. Blood is thicker than water, but is it more important than oil? That remains to be seen.

What do you think? Which season three episodes of the Dynasty TV series do you rate as wonderful, terrible, or somewhere between? Do you think that Dynasty on The CW should be cancelled or renewed for a fourth season? Don’t forget to vote, and share your thoughts, below.

When I finally found it on Netflix with 2 season’s at the time , I binged lol and absolutely fell in love with all the craziness and family drama , I have to admit I’m not very fond of the new Krystal tho in season 3 and bring bk Alexis and DYNASY for Season 4 … ❤

I love dynasty than riverdale!!! I really love this show. With all the twist and family drama haha cant wait for another season.

I luvd Dynasty the first season, the original Crystal….b4 they added in too many players. Moved kinda fast but I kept up. 2nd season I liked a lot, a new Krystal, which I liked. Again….added more players. Season 3 was dissapointied to say the least. Do not care for the new Krystal, dont like the Dominique Deveraux character, too bold. I like Fallon’s brother, who was written out. He was good w Sam. Do not like that Nicolette Sheridans character was let go…..either. The story line was just getting good at the end of season 2. Just my opinion…..just wish… Read more »

They should be renewed.
I just love me some Dynasty!!

I think Dynasty is get even better in season 3 but they need Alexis back. Heather Locklear would be perfect for several reason as she help the original series become a huge hit. She was Aaron Spelling lucky muse and she would give this show a lift and she would be awesome as the ‘diva’s Alexis!

Agreed! They definitely need to bring Alexis Back

Yes it should be renewed.