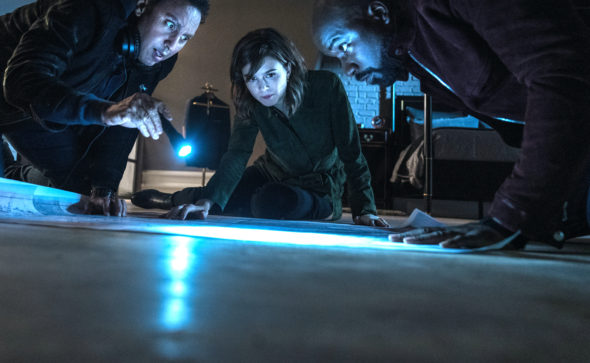 Season three of Evil is coming to Paramount+ and the streaming service has released a trailer and poster for the upcoming season. New episodes of the psychological mystery series arrive starting June 12th.

“Paramount+ today revealed the official trailer and key art for season three of its original hit series EVIL. The show Entertainment Weekly calls “a revelation,” and Vanity Fair says is “riveting television,” is back with a 10-episode season premiering exclusively on Paramount+ on Sunday, June 12. New episodes will drop weekly on Sundays.

EVIL is a psychological mystery that examines the origins of evil along the dividing line between science and religion. Season three of EVIL begins moments after the end of season two: when a newly ordained David and Kristen kiss. The two not only have to navigate this fraught new reality, but contend with David’s involvement with “the entity,” an espionage unit within the Catholic church. Meanwhile, Ben finds his brain breaking from their unsolved cases and turns to his sister for help.

Check out the poster and trailer for Evil season three below. 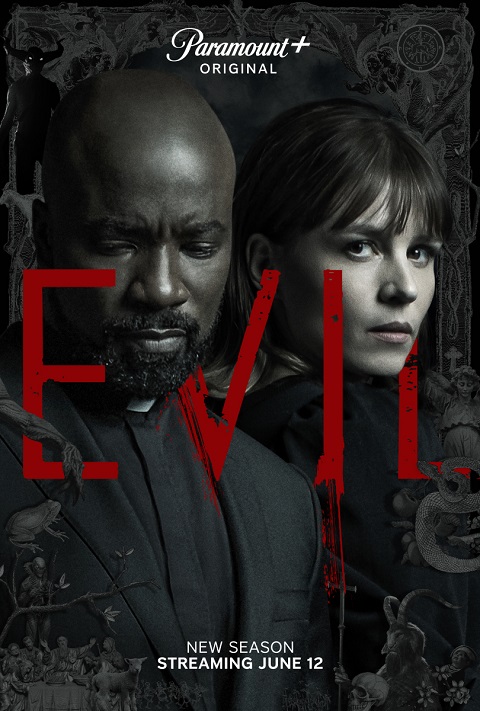 What do you think? Are you excited about the return of Evil on Paramount+?