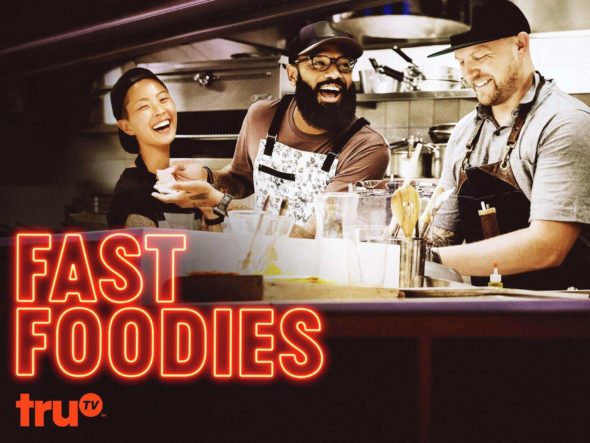 Fast Foodies returns to truTV in January, and the cable channel has released a preview for season two of the cooking competition series. Jesse Tyler Ferguson, Nikki Glaser, Reggie Watts, Chris Jericho, Natasha Leggero, Bobby Moynihan, Baron Davis, and others will appear in the 12 episode season.

truTV revealed more about the return of the Fast Foodies series in a press release.

Check out a preview for Fast Foodies season two below.

What do you think? Are you excited about the return of the Fast Foodies series on truTV? Did you watch the first season?