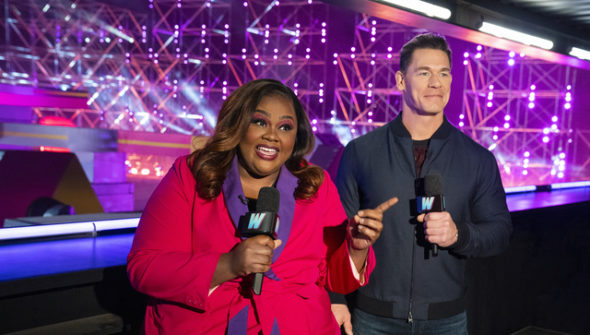 Three cable shows are all getting second seasons for the 2021-22 television season. TBS has renewed the revival of the Wipeout and the Chad comedy series (reported here) while truTV has renewed the Fast Foodies TV show.

TNets Double Down on Original Programming Slate for 2022 With Second Season Renewals for “Wipeout,” “Fast Foodies” and “Chad”

LOS ANGELES (May 19, 2021) – The TNets (TBS, TNT and truTV) underscore their commitment to original unscripted and scripted programming in 2022, announcing second season renewals for freshman series “Wipeout,” “Fast Foodies” and “Chad”. These recent pickups join critically acclaimed scripted series, “Snowpiercer,” which was previously greenlit for a third season, the fifth and sixth seasons of “Animal Kingdom,” and unscripted series “The Cube,” “The Big D,” “Rat in the Kitchen” and “Rhodes to the Top”.

Brett Weitz, General Manager, TBS, TNT and truTV said: “I am extremely proud of the incredible way we continue to connect with our audience. On TBS, TNT and truTV, 2021 is off to a fantastic start, boasting four of the top five comedies this year and five #1 series. The TNets have been invited into consumers’ homes for decades and our fans know they can continually turn to us for quality programming that fits their emotional need: a good time, a good laugh, or a thrill ride. With these ground-breaking, brand-defining shows we will continue to make good on that promise for years to come.”

“Wipeout”
Debuting in April as 2021’s #1 Unscripted Series on Cable, “Wipeout” takes viewers on a white-knuckle ride, featuring new course elements that push contestants’ athleticism, endurance and determination to even greater extremes as they fight to win the grand cash prize. Hosted by multifaceted megastar John Cena (“F9,” “The Suicide Squad,” “Peacemaker”) and Nicole Byer (“Nailed It!,” “Girl Code”), with field host Camille Kostek (Sports Illustrated Swimsuit Cover Model 2019), “Wipeout” features new format twists and elements that test the willpower of each contestant pairing, all while delivering more than a few epic fails. Each game has been designed into three rounds and now features a jaw-dropping, three-stage, obstacle course consisting of multiple strategy and decision points designed to test the stamina of the competitors. “Wipeout” is currently airing on TBS on Thursdays at 9:00pm ET/PT.

“Fast Foodies” is produced by Warner Bros. Unscripted Television in association with Shed Media for truTV, with Dan Peirson and Lisa Shannon serving as executive producers, along with Michael Rucker. Rucker who also serves as showrunner.

“Chad”
Cable’s #1 Scripted Comedy Series, “Chad” is a single-camera comedy that follows a 14-year-old pubescent Persian boy, played by Nasim Pedrad (“SNL,” “New Girl,” “Aladdin”) as he navigates his first year of high school on a mission to become popular. Chad’s friendships and sanity are pushed to the limits as he uses every tactic at his disposal to befriend the cool kids, while enduring his mother’s new dating life and reconciling with his cultural identity. “Chad” is currently airing on TBS on Tuesdays at 10:30pm ET/PT.

About TNT
TNT, a WarnerMedia brand, is watched by more people than any other cable network and known for big, lean-forward television that gives viewers the best seat in the house for electrifying stories, dynamic characters and thrilling events. TNT is home to some of television’s most popular original series including “Snowpiercer,” “Animal Kingdom,” and “Claws.” TNT is expanding its programming to include premium unscripted with the docuseries “Shaq Life.” TNT also presents primetime specials and sports coverage, including the NBA and NCAA Division I Men’s Basketball Championships and the professional wrestling league All Elite Wrestling (AEW), which has exploded onto the scene with “AEW: Dynamite”. Website: www.tntdrama.com

What do you think? Do you enjoy the Wipeout and/or Fast Foodies TV series on TBS and truTV? Will you be watching their second seasons?

I just thought after the man die. It was cancelled like last time.