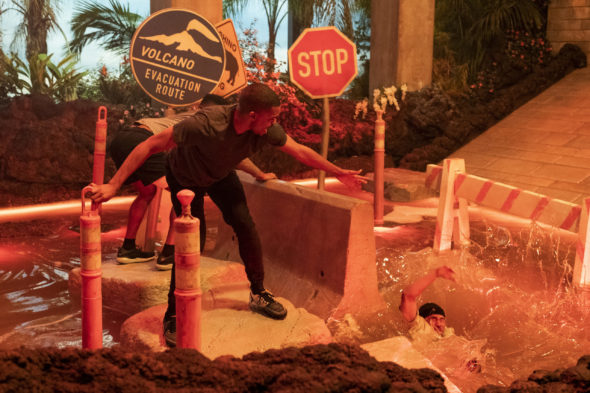 Floor Is Lava has been renewed for a second season. The Netflix game show premiered in June 2020, and it follows contestants as they try to make it through an obstacle course based on the popular childhood game.

The series has been a hit for the streaming service, per Variety. Netflix revealed that 37 million viewers tuned in to watch the game show during its first four weeks of release.

Rutledge Wood is returning to host for the second season of the Floor Is Lava series which has Anthony Carbone as both showrunner and executive producer. A premiere date has not been set for season two.

What do you think? Do you plan to watch season two of the Floor Is Lava game show on Netflix?

Stupid and cheap covid friendyly show for them. No wonder people are going away from netflix