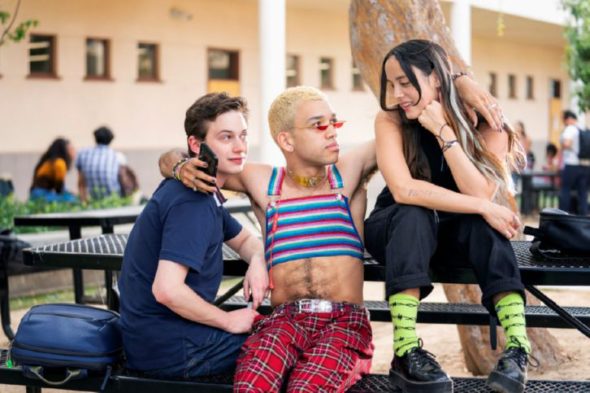 Generation is coming to HBO Max. The streaming service has set a premiere date for the dark dramedy series which follows a group of high schoolers as they explore the world around them. Nathanya Alexander, Chloe East, Nava Mau, Lukita Maxwell, Haley Sanchez, Uly Schlesinger, Nathan Stewart-Jarrett, Chase Sui Wonders, Justice Smith, and Martha Plimpton star in the series.

HBO Max revealed more about the plot of Generation in a press release.

“The Max Original dramedy GENERA+ION debuts on HBO Max with three episodes on THURSDAY, MARCH 11. The series continues with two new episodes on March 18, two episodes on March 25 and one episode on April 1. An additional eight episodes comprising the second half of the season will debut later this year. GENERA+ION is a dark yet playful half-hour series following a diverse group of high school students whose exploration of modern sexuality (devices and all) tests deeply entrenched beliefs about life, love and the nature of family in their conservative community.”

Check out a trailer for Generation season one below.

What do you think? Are you planning to check out the Generation TV show on HBO Max next month?