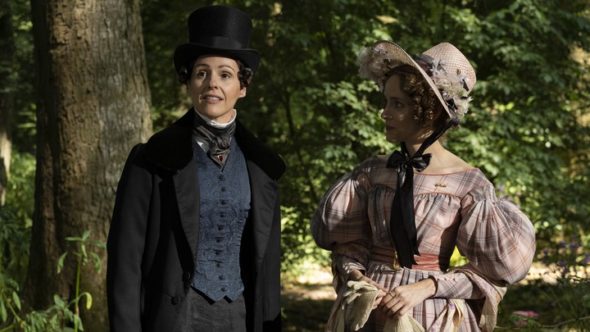 The second season of Gentleman Jack started production earlier this week. The period series, which airs on BBC in the UK and HBO in the US, started production on November 2nd, and a member of the cast shared her excitement on social media about being back at work.

Suranne Jones, Sophie Rundle, Gemma Whelan, Timothy West, and Gemma Jones star in the historical drama series. Created by Sally Wainwright, it is based on the life of Anne Lister, a landowner and industrialist from the1830s in England.

Check out the posts on Instagram from Jones below.

What would Anne Lister do?…Well I think she would head into every day full of courage, passion and energy with a great respect for all the talented and skilled people around her, ready to learn and rise above the challenges that life could potentially throw at her… and with that thought in my mind… I’m pleased to say we have week 1 in the can 🎥🎩 being away from my family these last 3 and a half months on various projects has been so tough but I feel very grateful to be working and part of a team creating work for others. I believe that by telling our stories we will remain connected and open. My thoughts are with those businesses that will once again close during this new lockdown and those who are finding these days increasingly hard #thistooshallpass🙏 ❤️#teamgentlemanjack2 #anneandann #workingthroughit @bbc @hbo #lookoutpointtv

A premiere date for the second season of Gentleman Jack has not yet been set.

What do you think? Are you a fan of Gentleman Jack on HBO? Will you watch season two of the series once it arrives?

So enjoyed the 1st season. It was exciting and bold and kept you guessing. Each character represented by perfect actors for the roles. Well done expressing the period. Congrats to all on renewal.

Odd that Donna and I would get a downvote on our comments. I wonder why?

Without a doubt, I will be watching the second season of Gentleman Jack. She is a determined and thoughtful woman. She is generous and loving. Her strength and pride would have been unheard of in her day but there she was…..for real! I wouldn’t miss it!