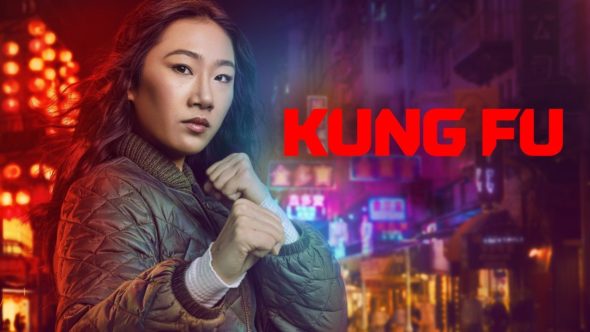 Kung Fu is returning for its third season this October, and two additions have been made to the cast of The CW series. Ben Levin (Legacies) and Kim Rhodes (Supernatural) will heavily recur during season three.

Deadline shared more about the additions to The CW series:

“Levin will play Bo, a barista/vigilante who lives across the Bay in Oakland. He’s cool, smart, and strong with a jack-of-all-trades fighting style. His extracurricular crime fighting leads to a collision with Nicky (Olivia Liang) and her siblings. New in town and far from home, Bo’s eager to pitch in with the Shen family’s adventures, and to fight by Nicky’s side.

Rhodes will portray Carrie, a blunt, funny professional who works as a representative for a large restaurant investment group. When Carrie’s company takes an interest in Harmony Dumplings, Mei-Li (Kheng Hua Tan) is quick to decline their overtures, but when an unexpected friendship blooms between her and Carrie, Mei-Li opens herself up to a possible alliance.”

Kung Fu returns to The CW with its third season on October 5th.

What do you think? Are you excited about the return of Kung Fu this fall?

Some people don’t like the new version of Kung-Fu, they say it’s not the same as the original. No one is going to waste time and money on making a copy of a old show. This new Kung-Fu is far superior to the old one, better acting, better fight scenes, better story lines. The only downfall… only 13 episodes per season. I’d like to see it bumped up to 20 episodes per season.

This version is much better than the racist original. We need to stamp out these bigots in society because there is no place for them in our lives.
Would a 20 episode season weaken the plot?

Not if it’s written properly. There is no rule that says a show can only have 0ne major story line per season.