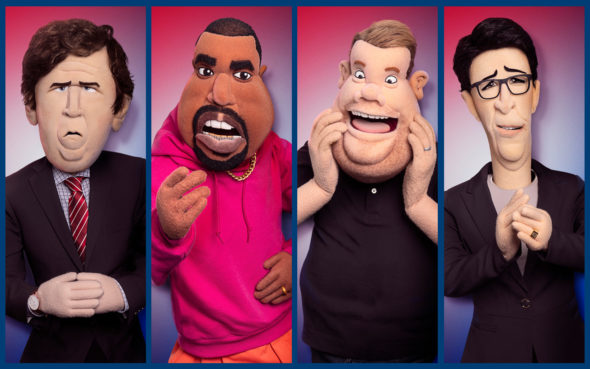 TV show description:
A satirical comedy puppet series, the Let’s Be Real TV show began as an election special and graduated to a weekly series. It’s executive-produced and written by Robert Smigel aka the co-creator of Triumph the Insult Comic Dog.

In addition to the puppets, the topical sketches sometimes feature celebrity cameos and remote locations.

What do you think? Do you like the Let’s Be Real TV show? Do you think it should be cancelled or renewed for another season?

Want more of it…love it… nailed it.

I loved it! No one is spared.