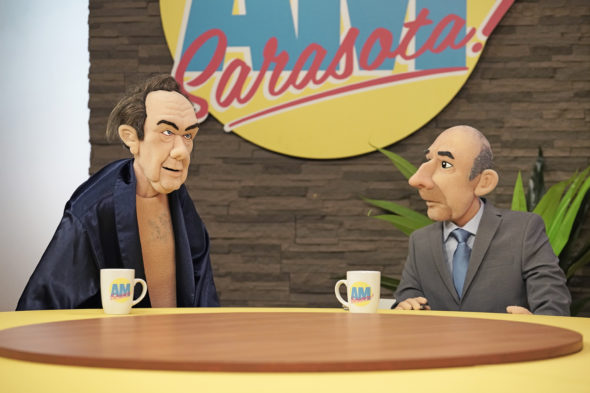 Is any topic above being lampooned in the first season of the Let’s Be Real TV show on FOX? As we all know, the Nielsen ratings typically play a big role in determining whether a TV show like Let’s Be Real is cancelled or renewed for season two. Unfortunately, most of us do not live in Nielsen households. Because many viewers feel frustrated when their viewing habits and opinions aren’t considered, we invite you to rate all of the first season episodes of Let’s Be Real here.

What do you think? Which season one episodes of the Let’s Be Real TV series do you rate as wonderful, terrible, or somewhere between? Do you think that Let’s Be Real should be cancelled or renewed for a second season on FOX? Don’t forget to vote, and share your thoughts, below.

I’m sorry i missed this when it started, reminds me of that BBC show in the 80s (late 70s?) – Spitting Image – but it’s much funnier! I never thought I could laugh seeing The Donald anymore but they found a way! Also, never thought Nancy Pelosi could be funny or ***forbid– Andrew Cuomo??? But me and my husband were laughing hysterically.

This show is hilarious! Please renew another season.