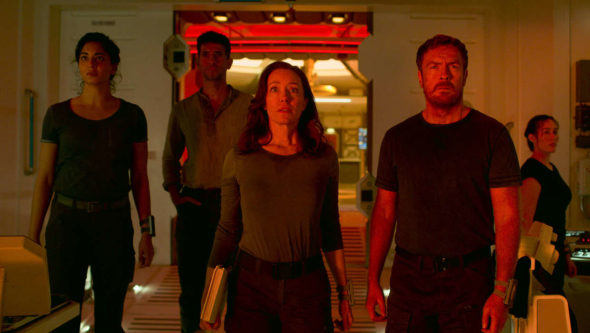 Lost in Space fans will soon be able to watch the third and final season of the series. Netflix has announced the premiere date for the space drama and released a teaser trailer.

Netflix revealed the following about the upcoming season of Lost in Space:

“In the third and final season of Lost in Space, the stakes are higher than ever and the Robinson family’s survival instincts will be put to the ultimate test. After a year of being trapped on a mysterious planet, Judy, Penny, Will and the Robot must lead the 97 young Colonists in a harrowing evacuation — but not before secrets are unearthed that will change their lives forever. Meanwhile John and Maureen — with Don at their side — must battle overwhelming odds as they try to reunite with their kids. The Robinsons will have to grapple with the emotional challenge of not just being lost — but being separated from the ones they love… as they face the greatest alien threat yet.”

The trailer for Lost in Space season three is below.

What do you think? Are you excited for the final season of Lost in Space?

Hope ther will be some big “Previously in ..”, I barely remember what hapenned before… ^^