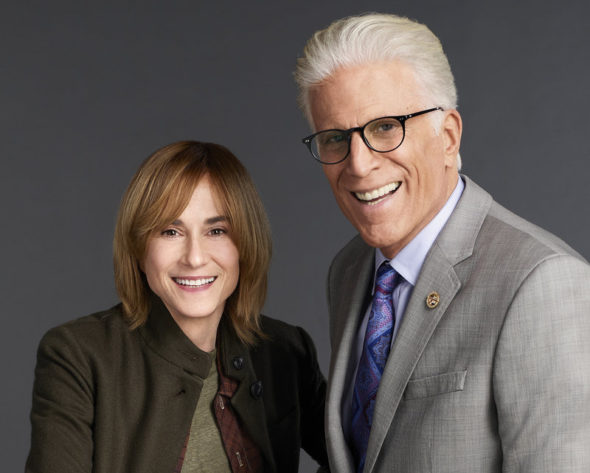 It looks like Neil and his team are getting another chance to straightened out Los Angeles. NBC has renewed the Mr. Mayor TV show for a second year which will likely start airing during the 2021-22 television season.

Airing on Thursday nights, the first season of Mr. Mayor averages a 0.52 rating in the 18-49 demographic and 3.42 million viewers in the live+same day ratings. The nine episodes finished airing in February.

· NBC has given a season two renewal to its new hit comedy “Mr. Mayor.”

· “Having Ted Danson and Holly Hunter leading this brilliant ensemble is a dream,” said Lisa Katz, President, Scripted Content, NBCUniversal Entertainment and Streaming. “A huge thank you to Tina Fey, Robert Carlock and our talented cast and crew for an incredible first season. We are excited for more hilarity in season two.”

· “We’ve loved our collaboration with NBC on the first season of ‘Mr. Mayor’ and are excited to continue working with our fantastic cast, led by the incomparable Ted Danson and Holly Hunter,” said Erin Underhill, President, Universal Television.” We can’t wait to see what Tina Fey, Robert Carlock and our talented producing team have in store for Mayor Bremer and his rag-tag team of civil servants.”

What do you think? Have you enjoyed the Mr. Mayor TV show on NBC? Are you looking forward to watching season two?

I’m really glad the shoos being renewed, it’s nice to see shows with witty humor, and Ted Danson is always giving us laughs, thank you.

I am so happy this was renewed! I love Ted Danson and the supporting cast make me giggle. This is a feel good show that could really find its stride next season:)

Love that show! Funny stuff! Been watching it over and over on Hulu.

Love this show. The cast is great and the writing is superb. Glad we get a second season.

Terrible show…tried to watch on 3 separate occasions and could not get through the whole show once! I love Ted Danson, but this show is just awful! It comes off as stupid, bad writing, bad acting and bad story lines! Can’t believe shows like Mom are getting cancelled and shows like this are being renewed! Another example of how backwards this country has become!

Bad show. Should have been canceled.

I also enjoy this show!

I’m THRILLED Mr. Mayor has been renewed for a 2nd season. Ted Danson is brillant as the quirky Mayor of Los Angeles. The supporting cast is a varied mix of comedic characters. If you weren’t sold on the Pilot, give the later episodes a try Thx, NBC!