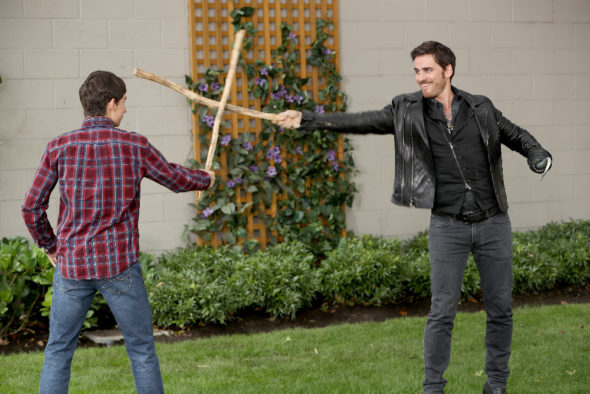 Hook is back! Once Upon a Time star Colin O’Donoghue recently reprised his ABC TV show role while reading Peter Pan for Disney.

On Twitter, Disney shared footage of O’Donoghue reading a Peter Pan bedtime story in character as Hook. Check it out below:

What do you think? Are you a fan of Once Upon a Time? Would you watch a revival and/or reboot?

Of course I would watch a revival of the show!