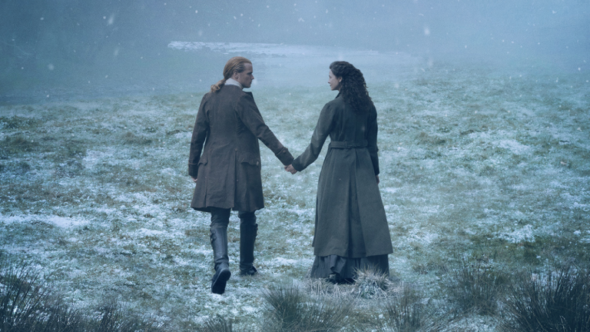 Outlander fans received a special gift for Christmas. Starz teased the return of the period drama by sharing a sneak peek from the season six premiere. This is in addition to the previously released new opening credits.

Check out the sneak peek and opening credits from Outlander season six below. The series returns on March 6th.

What do you think? Are you excited about the sixth season premiere of Outlander on Starz?

I can’t wait to watch it,the love they have is priceless it’s beautiful to see,the other characters are very very good one couldn’t ask for a better cast …love them all