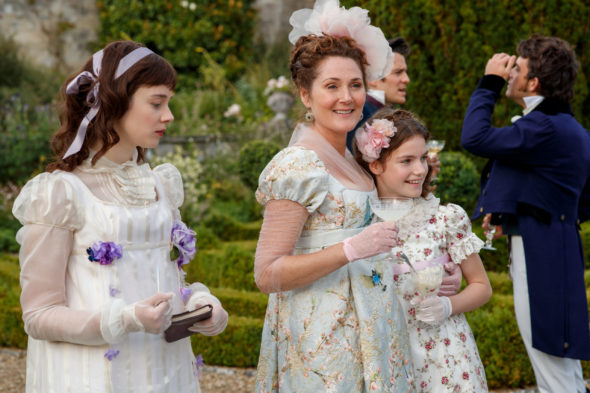 There’s news from Lady Whistledown for Bridgerton fans. A March premiere date has been announced for season two of the Netflix period drama. Season one premiered on Christmas 2020. The popular series has already been renewed for seasons three and four having received a two-season renewal in April.

Netflix shared the following about the return of the Bridgerton series in a press release.

“Bridgerton premiered one year ago today – Happy Anniversary, dear readers. To commemorate the occasion, Lady Whistledown has gotten her readers a very special gift: Bridgerton Season 2 shall premiere on March 25th, 2022, only on Netflix.”

Check out the teaser announcement below.

What do you think? Are you excited about seeing the second season of Bridgerton on Netflix?