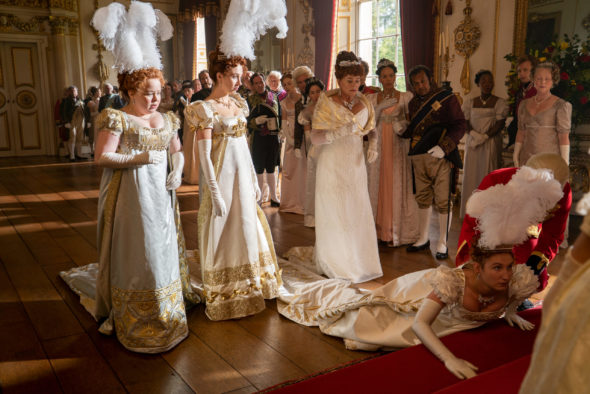 Bridgerton has added the patriarch of the clan to the series. Rupert Evans, best known from Charmed and The Man in the High Castle, has joined the Netflix drama’s cast for season two. The actor will recur as the late father of the children featured in the series. His death had a huge impact on their lives.

Deadline revealed more about season two of Bridgerton and Evans’ role in the Netflix series:

“Evans’ Edmund is a loving and devoted husband, whose true love match with Violet Bridgerton gave them eight perfect children. He’s also an endlessly patient and kind father, who takes special pride in guiding his eldest son Anthony through life.”

Check out the announcement of Evans’ addition below.

Dearest readers, Rupert Evans joins the cast of @bridgerton as Edmund Bridgerton, the loving and devoted husband of Violet Bridgerton and an endlessly patient and kind father who takes special pride in guiding his eldest son Anthony through life. pic.twitter.com/2ajkDipvZS

What do you think? Are you a fan of the Bridgerton TV series on Netflix? Are you excited for season two?

Cool. So this means this dreadful Charmed reboot is ending soon.

Yawn. Without RJP as the Duke they need to save time and money. Not tuning movie to other streaming

Since Charmed he’s used to playing a dead guy.