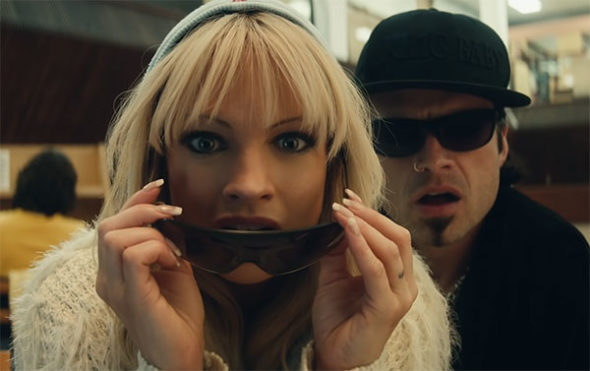 Pam & Tommy is headed to Hulu. The streaming service announced a February 2nd premiere date and released a preview for the limited series starring Lily James and Sebastian Stan as Pamela Anderson and Tommy Lee. The series goes behind the scenes of their sex tape scandal.

What do you think? Are you excited about this series arriving on Hulu?

A you tube clip promoting a TV show ABOUT a sex tape, showing absolutely NONE of the actual sex tape itself is “age restricted”??