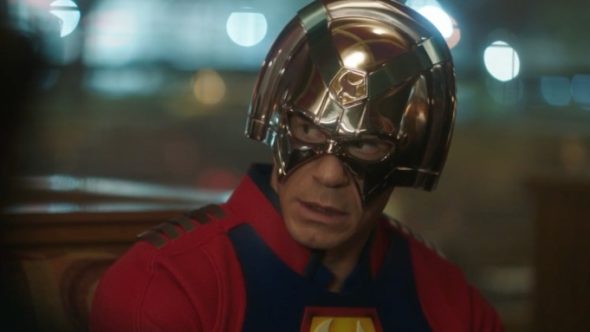 Peacemaker finally has its premiere date. HBO Max announced the release of the new DC superhero series at DC Fandome over the weekend. The series stars John Cena and explores the origins of the character seen in The Suicide Squad feature film. Danielle Brooks, Freddie Stroma, Jennifer Holland, Steve Agee, Chukwudi Iwuji, and Robert Patrick also star in the show.

“HBO Max has released a teaser trailer for the Max Original series PEACEMAKER, written and directed by James Gunn and produced by Peter Safran, at DC FanDome. The DC series debuts THURSDAY, JANUARY 13.

PEACEMAKER will explore the origins of the character that John Cena first portrayed in James Gunn’s 2021 film, The Suicide Squad – a compellingly vainglorious man who believes in peace at any cost, no matter how many people he has to kill to get it.

Gunn wrote all eight episodes of PEACEMAKER and directed five, including the first. Gunn, Safran and Matt Miller serve as executive producers on the series, with Cena as co-executive producer. Based on characters from DC, PEACEMAKER is produced by Gunn’s Troll Court Entertainment and The Safran Company in association with Warner Bros. Television.”

Check out the trailer for Peacemaker below.

What do you think? Are you excited to check out this new DC series on HBO Max in 2022?

I wonder if they’ll correct their omission of the character’s creators–writer Joe Gill and artist Pat Boyette–from SUICIDE SQUAD. Their heirs would appeciate the money, if not the fact that their fathers’ hero had been transformed into a psycho killer by James Gunn.