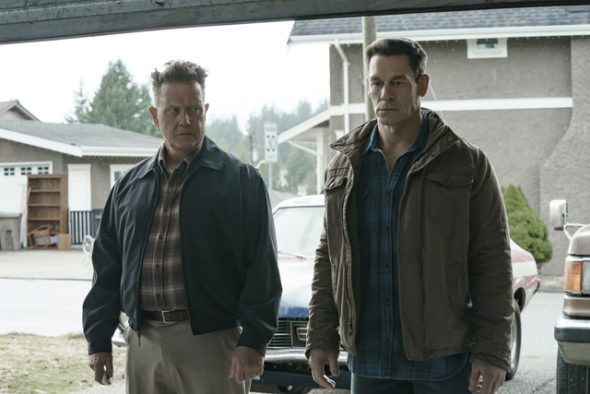 How much will we learn about the title character in the first season of the Peacemaker TV show on HBO Max? As we all know, the Nielsen ratings typically play a big role in determining whether a TV show like Peacemaker is cancelled or renewed for season two (in this case, it appears to be a one-season series). HBO Max and other streaming platforms, however, collect their own data. If you’ve been watching this TV series, we’d love to know how you feel about the first season episodes of Peacemaker here.

An HBO Max superhero/supervillain series, the Peacemaker TV show was written and directed by James Gunn. It stars John Cena, Danielle Brooks, Freddie Stroma, Jennifer Holland, Steve Agee, Chukwudi Iwuji, and Robert Patrick. The story explores the origins of Christopher Smith (Cena) aka Peacemaker from the 2021 film The Suicide Squad. He’s a compellingly vainglorious man who believes in peace at any cost, no matter how many people he has to kill to get it. Other characters include John Economos (Agee), the warden of the Belle Reve penitentiary; Auggie Smith (Patrick) Peacemaker’s father; NSA Agent Emilia Harcourt (Holland); and Adrian Chase (Stroma) aka Vigilante, a district attorney and crimefighter who can heal quickly.

What do you think? Which season one episodes of the Peacemaker TV series do you rate as wonderful, terrible, or somewhere between? Do you think that Peacemaker on HBO Max should be renewed for a second season? Don’t forget to vote, and share your thoughts, below.