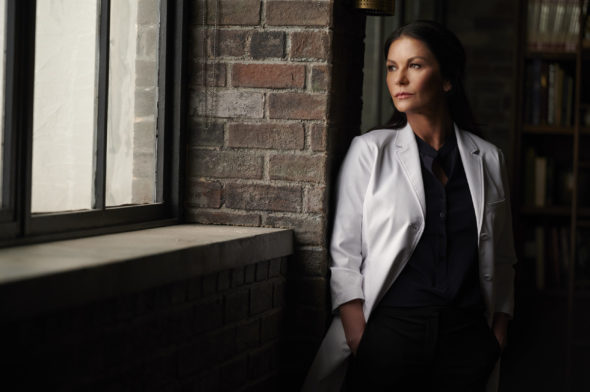 The series follows Malcolm Bright (Payne), a disgraced former FBI profiler who now works for the NYPD, as he tries to help solve cases while sometimes getting help from his father, a famed serial killer. Check out the preview for the spring premiere of Prodigal Son on FOX below.

What do you think? Are you a fan of the Prodigal Son TV show on FOX? Do you plan to watch the return of the series?

Please Boost your ratings so good every episode never missed it and enjoy it look forward every Tuesday nights extremely intense keeps it interesting topics. I can’t wait until come on next month.

I like the flow. Everyone gets to solve crimes. Not sure how far you want to keep the crush of coroner to Bright though.

I LOVE THIS SHOW! & I have a slight crush on The Surgeon.. yea.,

Love this show! Was a fan of Payne on The Walking Dead so followed his move. Great job!
Michael Sheen ia amazing as well! He’d be wicked in The Shining reboot!

I absolutely love “The Prodigal Son”!! Malcolm Bright is so intriguing & I like how it’s like stupid cop shows. I can’t wait for the new season to start!! I saw that Nicholas Endicott will be a player of interest next season.

I think it will be a great finale. I feel bad for ainsley because her family has not been all that cautious with monster inside of her. Getting her to forget what happened failed later on and I think it will be interesting if she becomes a murderer later. How will Malcom and The Doctor respond? Lol I look forward to finding out what may in future seasons!

I love this show! Michael Sheen makes this show awesome!

I Love this show! Tom Payne and the hole cast are brilliant actors the script is awesome keep it going please

OMG! I love the show and exciting every episode. Please keep doing this show.

There was one moment in particular that sent my stomach into my throat. I can’t say a single thing about it because any detail, even who it involves, may give away too much. But wow.

OMG I love this show so much! It just keeps getting better! I mean did you see the winter finale?! Awesome awesome amazing splendid supreme! 🙂