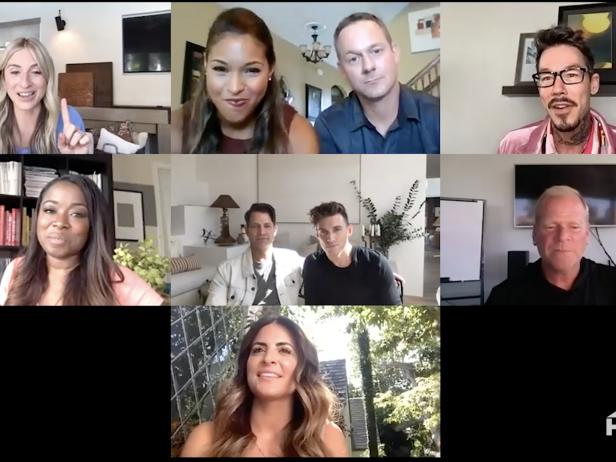 Rock the Block is getting ready for its second season, and HGTV has now announced the eight people who will be facing off in four teams of two on the series. The four teams will work to transform identical three-story houses and the duos will come from some of the best-known stars from the cable network.

HGTV revealed more about the return of Rock the Block in a press release.

“Let’s get ready to rock! HGTV has announced the challengers for the second season of its hit competition series Rock the Block. Set to premiere in early 2021, the new season, hosted by highly skilled carpenter, craftsman and designer, Ty Pennington, will have double the star power with eight of the network’s brightest home renovation and design experts pairing up to completely transform identical three-story suburban properties in just one month. The 2021 Rock the Block partner teams are: home renovator and contractor Mike Holmes (Holmes On Homes) and Chicago’s fearless home reno and design expert Alison Victoria (Windy City Rehab); designing dads Nate Berkus and Jeremiah Brent (Nate and Jeremiah: Save My House); HGTV’s first Design Star winner David Bromstad (My Lottery Dream Home) with the eighth Design Star winner Tiffany Brooks (50K Three Ways); and the couple who can build and design an entire home in 100 days, Brian and Mika Kleinschmidt (100 Day Dream Home.) With a $225,000 budget and a whole lot of teamwork, the dueling duos hope to win major bragging rights and their names on a street sign.

“Nothing says high stakes like double the stardom, double the personalities, and double the fun!” said Jane Latman, president, HGTV. “Expect to see impressive displays of strategy, creativity and incredible designs from these top stars in Rock the Block – definitely bring the popcorn.”

HGTV also showed off the contestants in a short Instagram video.

The bedroom and suite was a total set up because Brian & Mika were the ONLY ones to rearrange the rooms design & The ONLY ones who took your color challenge seriously and created an appropriate design for the laundry room as well as a huge bathroom dressing room and closets
THEY WERE CLEARLY THE WINNER HANDS DOWN.
I think the decision was totally rigged