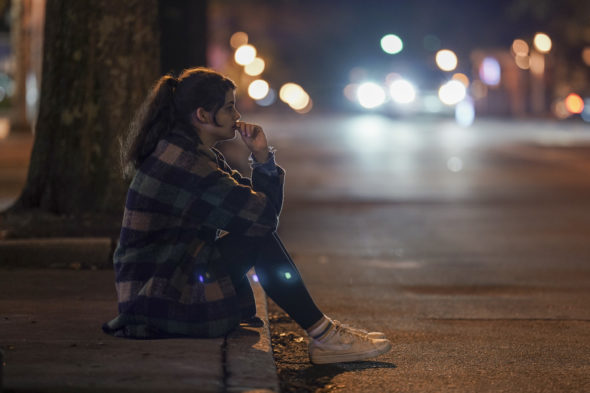 Samantha’s journey will continue. Freeform has renewed Single Drunk Female for a second season. The first season of 10 episodes finished airing in March.

A single-camera comedy series, the Single Drunk Female TV show stars Sofia Black-D’Elia, Ally Sheedy, Rebecca Henderson, Sasha Compère, Lily Mae Harrington, and Garrick Bernard with Jojo Brown, Charlie Hall, Madison Shepard, Ian Gomez, Madeline Wise, and Jon Glaser in recurring roles. After a public flame-out at a New York media company, twenty-something alcoholic Samantha Fink (Black-D’Elia) is forced to seize the only chance she has to sober up and avoid jail time — by moving back home with her overbearing “smother”, Carol (Sheedy). Back in Greater Boston, Samantha restarts her life, working at the local grocery store while surrounded by all of the triggers that made her drink in the first place. Confronted with remnants of her old life, Samantha sets out on a path to move past her worst self and figure out her best self. Mostly.

Airing on Thursday nights, the first season of Single Drunk Female averaged a 0.03 rating in the 18-49 demographic and 107,000 viewers in the live+same day ratings (including DVR playback through 3:00 AM). While the traditional ratings could be a lot better, the series reportedly performed very well in delayed viewing and in streaming.

“I am thrilled to bring Single Drunk Female back for a second season. Jenni Konner, Simone Finch and Daisy Gardner created a series that struck a strong chord in such a sincere and authentic way. I cannot wait to see what they have in store for Sam as she continues on her journey to becoming her best self in season two.” said Freeform President Tara Duncan about the renewal.

What do you think? Have you watched the Single Drunk Female TV show on Freeform? Are you glad that this comedy’s been renewed for a second season?

Yeah! There will be a season 2!
Enjoyed every episode of season 1.
But had zero faith in renewal with such abysmal ratings. Gotta move to higher profile channel & up the promotion.