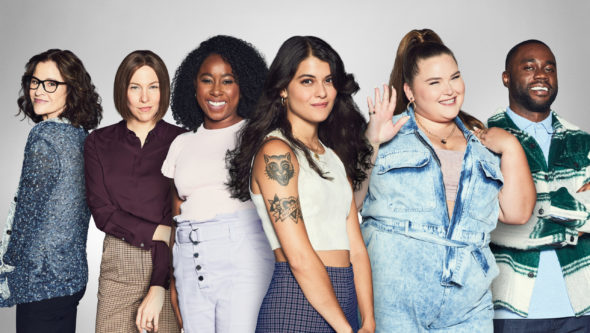 After a public flame-out at a New York media company, twenty-something alcoholic Samantha Fink (Black-D’Elia) is forced to seize the only chance she has to sober up and avoid jail time — by moving back home with her overbearing “smother”, Carol (Sheedy).

Back in Greater Boston, Samantha restarts her life, working at the local grocery store while surrounded by all of the triggers that made her drink in the first place. At her first AA meeting, she meets sturdy sponsor Olivia (Henderson) and James (Bernard), a guy who tells Samantha that they’ve slept together but she has no memory of it.

Samantha hangs out with her best friend/drinking buddy Felicia (Harrington) and runs into her perfect former best friend, Brit (Compère), who is at her bachelorette party and engaged to Samantha’s ex, Joel (Hall).

Confronted with remnants of her old life, Samantha sets out on a path to move past her worst self and figure out her best self. Mostly.

What do you think? Do you like the Single Drunk Female TV show? Do you think it should be cancelled or renewed for another season?