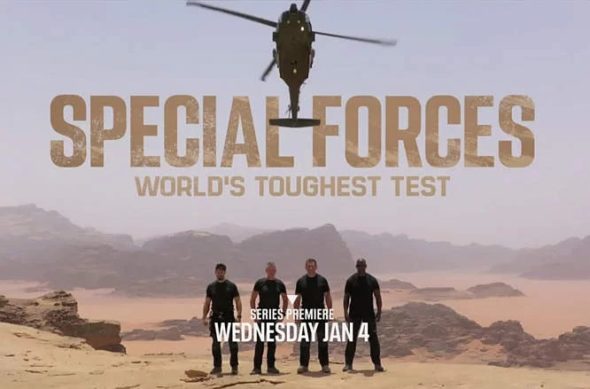 Special Forces: World’s Toughest Test is coming soon to FOX. The network has announced a premiere date and the celebrity contestants who will take part in the endurance competition series.

Special Forces: World’s Toughest Test puts ‘celebrities you know and love through the most pure and authentic test of endurance that I have ever seen.’ In many ways, it is more about mental strength than physical strength. It’s an eye-opening glimpse into the most intense training in the world and gives a taste of the grit and bravery our armed forces show on a daily basis, which was a life-changing experience for these celebrities.

Check out a preview of the new series below.

What do you think? Are you planning to check out Special Forces: World’s Toughest Test on FOX this January?

Yes. I plan to watch this show as it “seems” to be an actual “reality” show. Showing what the men and women of our Armed Forces go through to be the BEST!