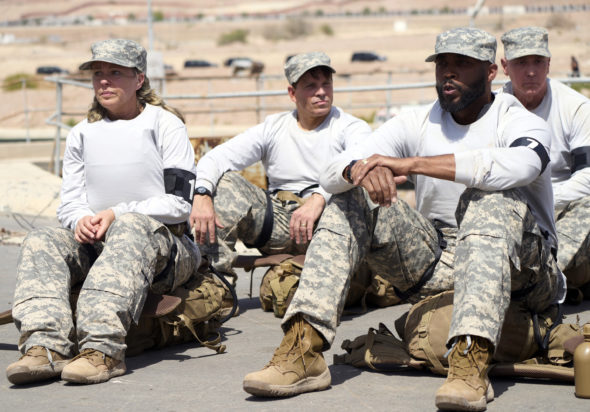 Many will quit in the first season of the Special Forces: World’s Toughest Test TV show on FOX. As we all know, Nielsen ratings typically play a big role in determining whether a TV show like Special Forces is cancelled or renewed for season two. Unfortunately, most of us do not live in Nielsen households. Because many viewers feel frustrated when their viewing habits and opinions aren’t considered, we invite you to rate all of the first season episodes of Special Forces here.

A FOX physical competition series, the Special Forces: World’s Toughest Test TV show is based on a British format. In the series, 16 household names are dropped in the desert, with each intent on surviving some of the harshest, most grueling challenges from the playbook of the actual Special Forces selection process. The contestants quickly learn the meaning of “no guts, no glory” – and no glam – as they try to survive demanding training exercises. They are led by Directing Staff (DS) agents Rudy Reyes, Mark “Billy” Billingham, Jason “Foxy” Fox, and Remi Adeleke, an elite team of ex-special forces operatives. The participants are Danny Amendola, Mel B, Hannah Brown, Tyler Florence, Kate Gosselin, Dwight Howard, Montell Jordan, Gus Kenworthy, Nastia Liukin, Carli Lloyd, Beverley Mitchell, Kenya Moore, Mike Piazza, Dr. Drew Pinsky, Anthony Scaramucci, and Jamie Lynn Spears.

What do you think? Which season one episodes of the Special Forces TV series do you rate as wonderful, terrible, or somewhere between? Do you think that Special Forces should be cancelled or renewed for a second season on FOX?

Love this! I like that they not only challenge these celebrities who are used to living such a cush life, physically but they also challenge them mentally and emotionally. They call them out and point out their flaws and weaknesses and help them see what they need to see.