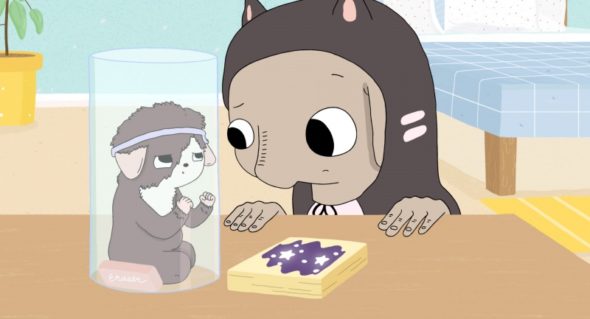 Summer Camp Island is returning for its second season this summer, and the animated series has a new home. The series has moved from Cartoon Network to HBO Max, and the new season will arrive later this month.

HBO Max revealed more about the return of the series in a press release. Check that out below.

“Welcome to Summer Camp Island, an animated series created by Julia Pott. Based on the critically acclaimed short screened at Sundance Film Festival, Tribeca Film Festival and SXSW, the series follows best friends Oscar and Hedgehog as they learn that their camp is on a magical island, and that instead of making potholders-they’ll be making friends with monsters and yetis. The counselors? Well, they’re witches. And the cabins? Those were built by aliens. The moon? OK, it is the same ‘ole moon, but here, he talks. As Oscar and Hedgehog spend their summer days having strange encounters with mystical creatures, they begin to discover their own magical potentials.”

Summer Camp Island will premiere its new season on June 18. Check out a trailer for the new season below.

What do you think? Are you a fan of this series? Will you watch season two on its new home?