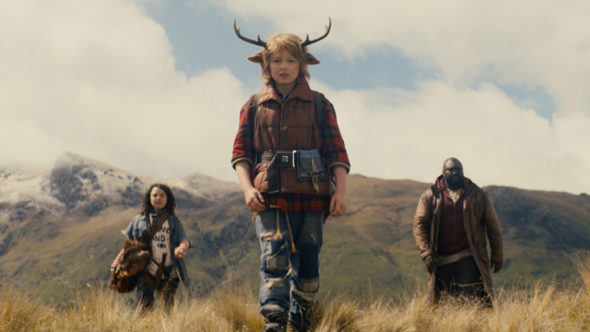 Sweet Tooth is on the way. Netflix has released a trailer and announced a premiere date for the human/animal hybrid drama series from Susan and Robert Downey Jr.

The cast of the series includes Christian Convery, Nonso Anozie, Adeel Akhtar, and Will Forte, with James Brolin as the voice of the narrator. Eight episodes have been ordered for the first season of the series.

Netflix revealed more about the release of the series in a press release.

“Based on the beloved DC Comic, and Executive Produced by Susan Downey & Robert Downey Jr., Sweet Tooth is a post-apocalyptic fairytale about a hybrid deer-boy and a wandering loner who embark on an extraordinary adventure. All episodes of Sweet Tooth premiere on June 4, 2021, only on Netflix.”

Check out the trailer for Sweet Tooth below.

What do you think? Are you planning to check out the Sweet Tooth TV series on Netflix when it premieres in June?

What a show!!!!!!! Thank you. Waiting for SEASON 2. CAN NOT WAAAAIIIITTTTTTT

It’s fantastic and addictive. But it’s criminal to leave us hanging after only 8 episodes Second season? Please, please, please.

I loved it! Please have more. Beautiful show, nice to see something different but at the same time something similar to our current situation.

Heck yes! For sure I’ll give it a try.

Netflix just keeps getting dumber and dumber..glad i cancelled it !

Look different type of dc comics movies. Always interesting ones. Look forward to seeing it on Netflix in summertime. Yep