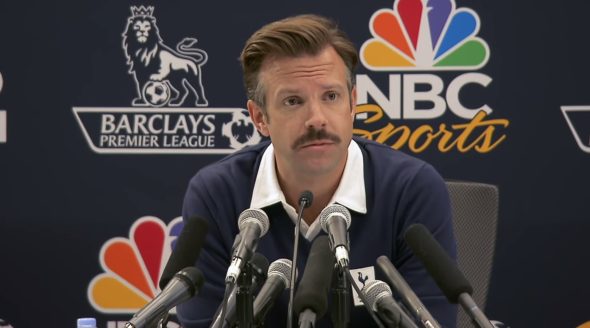 Ted Lasso is coming! The new series is the latest addition to the Apple TV+ roster. Jason Sudeikis is reviving the character he created in 2013 for a series of promotional videos for NBC Sports (check out an example below). He left Saturday Night Live the same year the character made his first appearance. Bill Lawrence will serve as co-creator, co-writer, and co-executive producer, alongside Sudeikis.

Ted Lasso will focus on the character, who is an “all-American football coach who is hired to manage an English football club — despite having no soccer coaching experience at all,” per The Hollywood Reporter.

A premiere date has not been set for the new series, but Apple TV+ launches on November 1st.

What do you think? Were you a fan of this Jason Sudeikis character? Will you watch Ted Lasso?