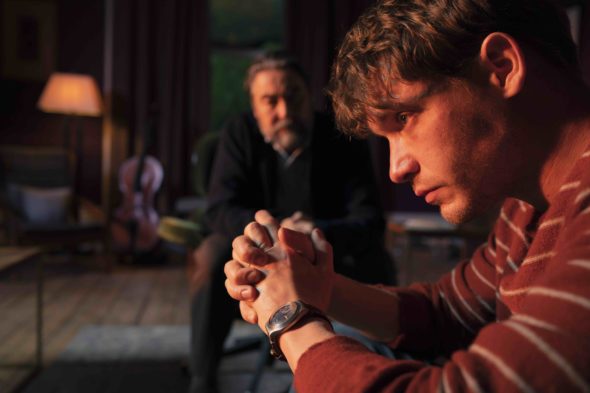 It seems that The Beast Must Die was initially envisioned as a close-ended mini-series, with a clear ending to the six-episode season. Now, a second season is in development which would revolve around Detective Strangeways and a new case. Will season two actually be made and air on BritBox (in the UK) and AMC or, will The Beast Must Die be cancelled? Stay tuned.

A British revenge thriller series, The Beast Must Die TV show stars Jared Harris, Cush Jumbo, Geraldine James, Nathaniel Parker, Maeve Dermody, Douggie McMeekin, Mia Tomlinson, Barney Sayburn, and Billy Howle. After learning that the police investigation into the fatal hit and run of her young son Martie has been dropped, Frances Cairnes (Jumbo) takes matters into her own hands. Posing as a novelist researching a new murder mystery, Frances ingratiates herself with the family of George Rattery (Harris), the man she suspects is responsible, and sets a plan in action to kill him. She’s tracked by detective Nigel Strangeways (Howle), who has reason to believe his department covered up Rattery’s involvement in the incident.

What do you think? Do you like The Beast Must Die TV series on AMC? Should it be cancelled or renewed for a second season?

Good show. Ending was a bit shocking. She was extremely clever. I liked her subtle acting. She should come back in the next season but play a totally different character.