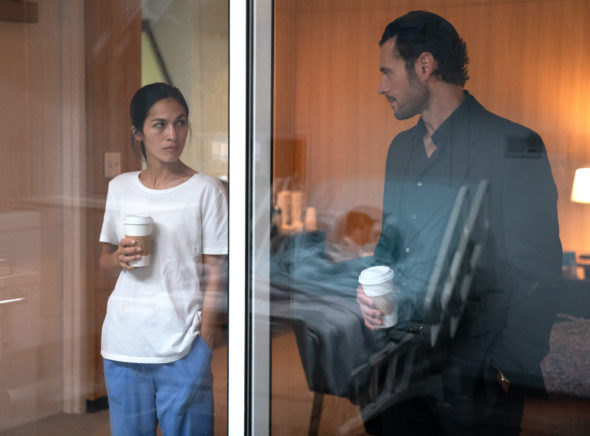 The Cleaning Lady wrapped its first season on Monday night, and viewers are wondering about the future of the series. Will FOX renew the drama for a second season? Two of the women behind the series are optimistic.

Starring Elodie Yung, Oliver Hudson, Adan Canto, Martha Millan, Valentino, and Sebastien LaSalle, the series follows a young mother and physician who goes to work for a crime syndicate as a cleaning lady while trying to save her son from a horrible disease.

Melissa Carter and Miranda Kwok, executive producers of the series, spoke about the future of The Cleaning Lady in an interview with TV Line. Carter said the following about the FOX drama:

“And honestly, they’ve been really excited about this show from the beginning, even from when it was first pitched. Right before the pandemic, it was the first drama pilot that got picked up. They’ve been in full support of this project, and then they were happy with what we delivered, and the last piece is the numbers.”

The Cleaning Lady ended its season with an average of three million weekly viewers. and is the network’s fifth most-watched show of the season. It picks up 60-70% more viewers in the live+7 day ratings which include a week of delayed viewing.

What do you think? Do you want to see a second season of The Cleaning Lady on FOX?

Yes we need a season 2

Absolutely there should be a season 2! We have to know how Thony gets Luca back and what happens between Arman, Thony and Nadia. And Fiona’s son still has to get his Daca situation resolved.

Season 2!!! Has the same vibes as a s I show I watched before, good behavior, which was cancelled breaking my heart. Don’t want that to happen to this one too I’ll be devastated so keep it coming!!!

Please renew the show. Oliver Hudson is fabulous in it!

Cleaning Lady has to have a season two keeping my fingers crossed !

I loved the show!!! Please make a Season 2

Really enjoy The Cleaning Lady but as someone who likes to dot all the I’s and cross the t’s there are a lot of things I question. I like the cast as well. You can’t leave us up in the air with her husband running off with Luca.

My favorite new show!!!!! Please Please being it back

Loved the show. Wonderful and would watch another season, for sure!

I absolutely loved the show. Hope it gets a season 2.

I love the show The Cleaning Lady.!! Great acting & suspense please bring it back for another season and another season after that.!! The Producers & Writers are Awesome.!! Thanks Caroline watching from Canada

I always looked forward to watching the next episode. Hoping it’s renewed for Season 2