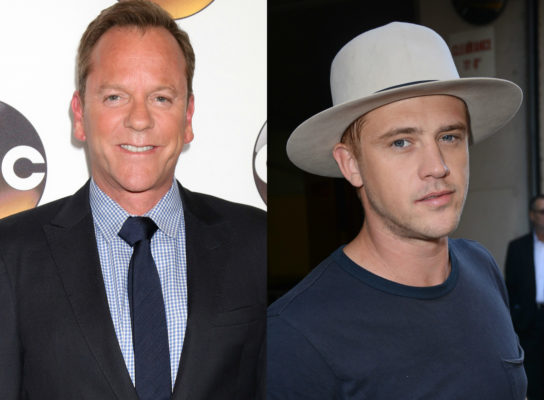 The Fugitive is returning to the small screen. Deadline reports Kiefer Sutherland and Boyd Holbrook will star in Quibi’s new TV show reboot.

Based on the 1960s series and 1993 film, the drama series “centers on blue collar worker Mike Russo, who just wants to make sure his wife, Allison, and 10-year-old daughter, Pearl, are safe, when a bomb rips through the Los Angeles subway train he’s riding on. But the faulty evidence on the ground and “tweet-now, confirm-later” journalism paint a nightmarish picture: it looks to all the world that Mike was responsible for the heinous act.”

On The Fugitive, Sutherland will be playing Detective Clay Bryce and Holbrook has been cast as Mike Ferro. Quibi has not yet announced a premiere date, but production is expected to begin in October.

What do you think? Are you a fan of The Fugitive series and/or movie? Will you watch the reboot?

a new streaming service that is focusing on 30 minute series.