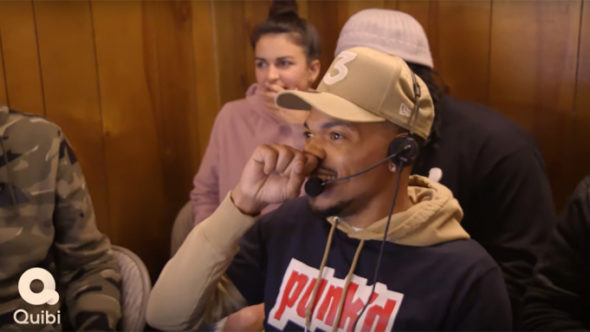 Quibi is bringing back two of its familiar unscripted shows. The streaming service has renewed Punk’d and Singled Out for second seasons, per Deadline.

Earlier versions of both shows aired on MTV. A hidden-camera practical joke series created by Ashton Kutcher and Jason Goldberg, Punk’d launched in 2003 and ran for 10 seasons. A dating game show, Singled Out aired for three seasons on MTV, ending in 1998. The original hosts of the latter series were Chris Hardwick and Jenny McCarthy.

Check out a video renewal announcement for Punk’d and a new trailer for Singled Out from Quibi below.

What do you think? Are you a fan of these Quibi shows? Did you watch the original versions of Punk’d or Singled Out?

Ugh. Both are cringe worthy shows. I can see why kids like them. Plus I’m sure they have a ton of footage from both and season 2 was almost guaranteed.

How about info on The Most Dangerous Game, The Stranger, When the Street Lights Go On & Run This City? I want new seasons of each.