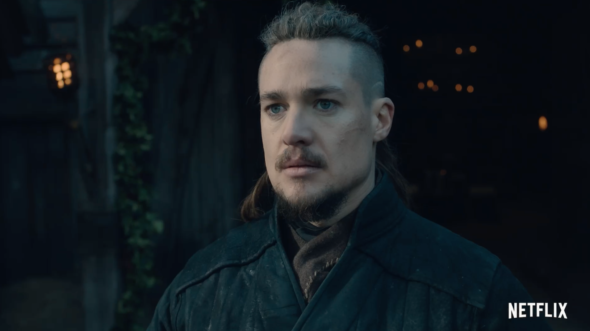 “The Last Kingdom Season 5 will be released on March 9th 2022. The highly anticipated return of the hit historical drama will feature 10 new episodes, available to stream on Netflix.

Based on Bernard Cornwell’s best-selling novel series The Saxon Stories, the next installment of the epic drama will see Alexander Dreymon reprise his role as Uhtred.

Years have passed since the events of the last season, and King Edward is still forging ahead with his ambitions to unite the Saxon Kingdoms to fulfill his late father’s dream. Although a long-standing peace between Danes and Saxons now exists, that harmony is under threat. Not only by a new Danish invasion but a Saxon rebellion. Uhtred has been entrusted with protecting Edward’s illegitimate son, the future King of England, Aethelstan. But the treacherous Lord Aethelhelm has ambitions for his grandson Aelfweard, Edward’s other son, to rule.

We follow Uhtred as he faces his greatest enemies, and suffers immeasurable loss, on his quest towards fulfilling his destiny. Meanwhile, Edward treads a fine line between peace-keeper and authoritarian as he battles to bring together the fractured Kingdoms of the land. In a surprising twist of fate, Uhtred discovers that the quest to unite England may well be linked to his own personal destiny.”

Check out the announcements for the return of the series from the streaming service below.

Something’s changed…
Season 5 lands on our shores on March 9th. Are you ready? #TLK5 #TheLastKingdom pic.twitter.com/jX5q410urF

Production on the film special which will follow the final season has begun. Check out a video from the set below.

We have officially started filming Seven Kings Must Die.
Now that is special…#TheLastKingdom pic.twitter.com/rQxyLGWJyE

What do you think? Are you excited about the return of The Last Kingdom on Netflix?

One of my Top 3 series of all time.

I love this show. I’m glad I watched it . Now I would love to see the rest of it please …
Thank you Anna