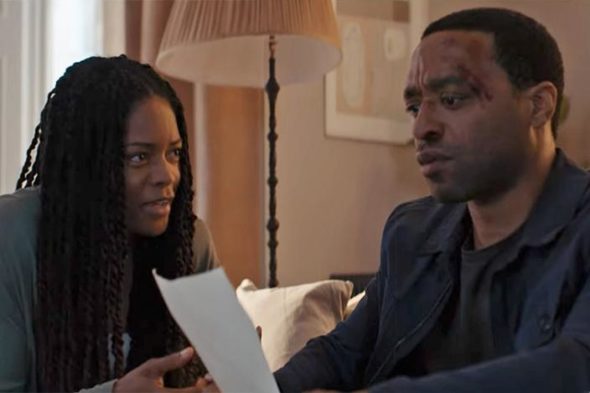 The Man Who Fell to Earth is coming to Showtime next month, and the cable channel has released a sneak peek with the first five minutes from the drama series’ premiere. Starring Chiwetel Ejiofor, Naomie Harris, Jimmi Simpson, Rob Delaney, Sonya Cassidy, Joana Ribeiro, Annelle Olaleye, Kate Mulgrew, Clarke Peters, and Bill Nighy, the series is based on the Walter Tevis novel.

Showtime revealed the following about the plot of the series:

“THE MAN WHO FELL TO EARTH will follow a new alien character (Ejiofor) who arrives on Earth at a turning point in human evolution and must confront his own past to determine our future. Harris plays Justin Falls, a brilliant scientist and engineer who must conquer her own demons in the race to save two worlds.”

Check out the sneak peek for The Man Who Fell to Earth below. The series premieres on April 24th.

What do you think? Are you planning to check out this new series on Showtime?

Excited for this… Ejiofor is an amazingly talented Actor so here is hoping the rest of the cast and the writers are up to snuff.

Ground control to Major Tom.. what the Hell is this heresy??

“The Man Who Fell To Earth” without David Bowie??

When did Showtime turn into CW??