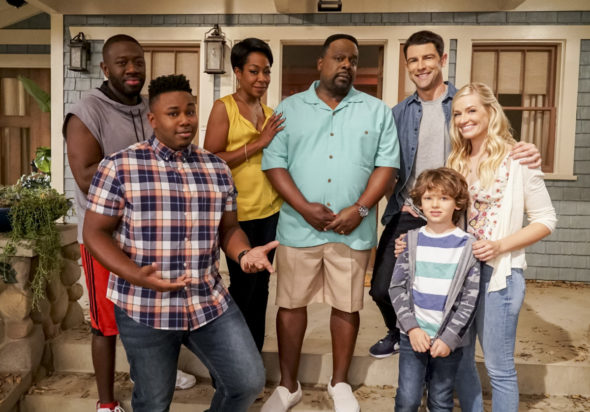 I looove this show and everybody on it..

Love this show. It reminds me of the good shows that were on a few years ago that you Really looked forward to. With the exception of maybe 2 other network shows, I do not look forward to any other ones. Great writers and perfect cast.

I love this show, this is my weekly medicine…. Dave and his wife is hilarious.. My vote Renew it! Renew it!

Fun lighthearted movie, love it we need more movies like this one.

Love love the Neighborhood it’s funny and heartwarming at times I love the connection they have with one another watching Calvin and Dave trying to get along is real and funny my kids love how Malcolm and Marty and Grover get along they loved the yard sale and Camping on and the one when the guys played Dragon with Grover,I love how Tina and Gemma get along right from the start it’s like watching an update version of Lucy and Ethel attics all over again Love the show please don’t cancel it’s great entertainment Mr Cedric

Great show! One of my favorites. PLEASE don’t cancel. 8:00 TIMeslot on Monday followed by Bob loves Abishola makes the best hour 4 of the week.

This show is not cancelled

Please keep this show going, look so forward to an amazing comedy. Stress free and fun to watch!! Awesome show.

Love this show. We watch it every week!

A refreshing and funny show. We never miss it. Please keep going.

This is a refreshing funny show that we need more of then the stupid reality shows that take no talent to make. Love the neighborhood. Always has a message behind the episode that is uplifting!

I love this show. I have laughed so much. All of the actors
are hilarious. The actor that plays Dave has timing like John Ritter had. We have taped and kept the episodes and watch them when we want to laugh. Can’t wait for the new season. Great job by all.