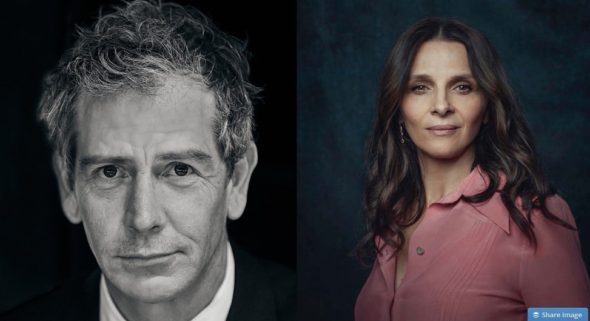 The New Look is coming to Apple TV+. The streaming service has ordered the new drama starring Ben Mendelsohn and Juliette Binoche. The series follows the meteoric rise of fashion designer Christian Dior (Mendelsohn) as he dethrones the grande dame, Coco Chanel (Binoche).

Apple TV+ revealed more about The New Look in a press release.

“Apple TV+ today announced a series order for The New Look, an epic thriller set against the World War II Nazi occupation of Paris when Coco Chanel’s reign as the world’s most famous fashion designer ends and Christian Dior rises helping return spirit and life to the world with his groundbreaking, iconic imprint of beauty and influence that will go on to define generations to come. The New Look will be produced by Apple Studios and written, executive produced and directed by Todd A. Kessler (Bloodline, Damages, The Sopranos), with Emmy Award winner Ben Mendelsohn (Rogue One, Bloodline) and Academy Award winner Juliette Binoche (The English Patient, Chocolat) attached to star.

Inspired by true events and filmed exclusively in Paris, The New Look is a live-action, World War II-era thriller that centers on the pivotal moment in the twentieth century when Paris led the world back to life through its fashion icon, Christian Dior (played by Mendelsohn), whose creations dominated world fashion in the decade following World War II. The interwoven saga will include the surprising stories of Dior’s contemporaries and rivals: the grand dame Coco Chanel (played by Binoche), Balmain, Balenciaga, Givenchy, Pierre Cardin, Yves Saint Laurent, and more.”

What do you think? Are you planning to check out The New Look on Apple TV+?