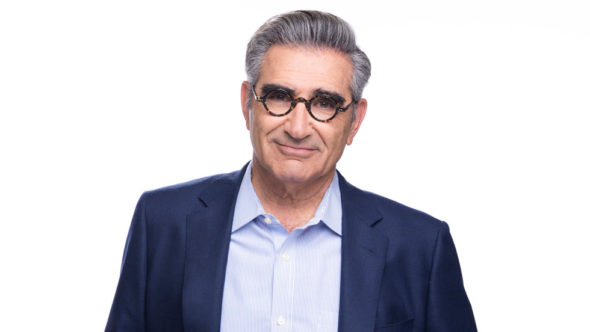 The Reluctant Traveler is coming to Apple TV+. The streaming service has ordered the travel series starring comic actor Eugene Levy, who is best known from Schitt’s Creek. The series will follow Levy as he visits locations across the world.

The Reluctant Traveler will see Levy visit some of the world’s most remarkable hotels, as well as explore the people, places and cultures that surround them. Self-confessedly not your average travel show host — he’s not usually adventurous or well-versed in globe-trotting — he’s agreed the time is right for him to broaden his horizons. Levy will be packing his suitcase with some trepidation but hoping his experiences might lead to a whole new chapter in his life — that’s as long as he doesn’t have to battle his motion sickness, and still gets dinner at 7.

The new series will be produced for Apple TV+ by Twofour. In addition to starring, Levy executive produces alongside David Brindley.”

A premiere date will be set for The Reluctant Traveler at a later time.

What do you think? Are you planning to check out this new travel series on Apple TV+?