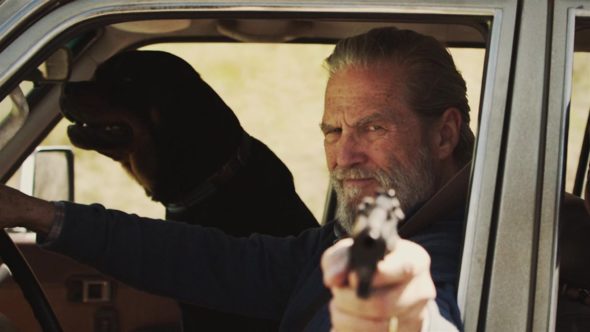 Does Chase have a future beyond the first season of The Old Man TV show on FX? As we all know, the Nielsen ratings typically play a big role in determining whether a TV show like The Old Man is cancelled or renewed for season two. Unfortunately, most of us do not live in Nielsen households. Because many viewers feel frustrated when their viewing habits and opinions aren’t considered, we invite you to rate all of the first season episodes of The Old Man here. Status Update Below.

An FX action-thriller series, The Old Man TV show stars Jeff Bridges, John Lithgow, Amy Brenneman, Alia Shawkat, and Gbenga Akinnagbe. The story revolves around Dan Chase (Bridges), a former CIA operative who absconded from the agency decades ago and has been living off the grid ever since. When an assassin arrives and tries to take Chase out, the old operative learns that to ensure his future, he now must reconcile his past. With Chase flushed out of hiding, the FBI’s Assistant Director for Counterintelligence, Harold Harper (Lithgow), is called on to hunt him down because of his complicated past with the rogue fugitive. Working alongside Harper is his protégé, Agent Angela Adams (Shawkat), and Agent Raymond Waters (EJ Bonilla). Julian Carson (Akinnagbe), a highly trained special ops contractor, is sent to pursue Chase as well. While on the run, Chase rents a room from Zoe McDonald (Brenneman). She must draw on reserves she never knew she had in order to survive once she learns the truth about her new tenant.

What do you think? Which season one episodes of The Old Man TV series do you rate as wonderful, terrible, or somewhere between? Do you think that The Old Man should be cancelled or renewed for a second season on FX? Don’t forget to vote, and share your thoughts, below.

FANTASTIC. I love it. I have watched the first two episodes 5 times each and get a little more of why things are happening each time. What a heck of a plot. This show could go on for years. What a heck of an actor Bridges is. I am hooked. Shoot the girl? Don’t shoot the girl? What a potential split in the plot line for possible future use!

Riveting show.Jeff Bridges 2 dogs stole the show. They were so cute so obedient, really part of the show. I love dogs and I’d watch the show just to watch his dogs!! Great cast, great plot.

Love Jeff Bridges and the premise of the show. Hope there’ll be a second season.

The Old Man needs to be renewed for another season. Held my attention throughout the whole epepisode. Fantastic acting.

Terri the old man i
Reply to  Roberta

The old man is terrific! I hope it gets renewed for season 2. It’s real good. Love jeff Bridgers and john lithgow. Great acting!