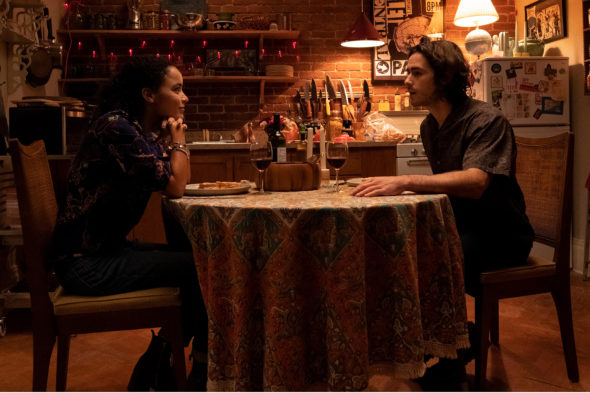 An FX on Hulu post-apocalypse drama series, the Y: The Last Man TV show is based on the DC Comics series of the same name by Brian K. Vaughan and Pia Guerra. It stars Diane Lane, Ben Schnetzer, Ashley Romans, Diana Bang, Juliana Canfield, Amber Tamblyn, Olivia Thirlby, Elliot Fletcher, Marin Ireland, and Missi Pyle. After a mysterious Event wipes out every living creature with a Y chromosome, throwing the world into chaos, Congresswoman Jennifer Brown (Lane) rises through a decimated line of succession to become President of the United States. Jennifer assembles a dedicated team of women to rebuild, but her plans are upended when she learns that her cisgender son Yorick (Schnetzer) and his male pet monkey survived the Event. Facing massive unrest fueled by widespread conspiracy theories, Jennifer teams up with covert operative Agent 355 (Romans) to keep Yorick’s survival a secret and transport him to Dr. Allison Mann (Bang), a top geneticist who may be able to discover how he survived. The series follows the survivors in this new world as they struggle with their efforts to restore what was lost and the opportunity to build something better.

What do you think? Which season one episodes of the Y: The Last Man TV series do you rate as wonderful, terrible, or somewhere between? Do you think that Y: The Last Man on FX on Hulu should be cancelled or renewed for a second season? Don’t forget to vote, and share your thoughts, below.