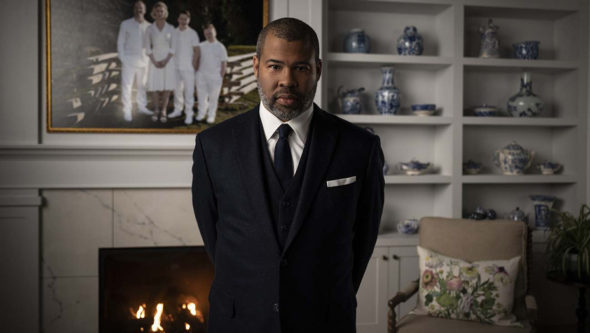 Next week, the CBS All Access streaming service will morph into Paramount+. As part of trying to attract new subscribers, Paramount+ has announced plans for numerous reboots and revivals but one is being left behind. The latest incarnation of The Twilight Zone has been cancelled. There won’t be a third season of the revival hosted by Jordan Peele.

Created and hosted by Rod Serling, The Twilight Zone series premiered in 1959 on CBS and ran for five seasons. The anthology show takes viewers “to another dimension, a dimension not only of sight and sound, but of mind.” The series became a worldwide phenomenon and continues to be an inspiration for pushing the boundaries of storytelling. Twilight Zone has been revived three times over the years with limited success.

Developed by Simon Kinberg, Marco Ramirez, and Peele, the CBS All Access version debuted in April 2019, and episodes of the first season were released weekly. The Twilight Zone was renewed for a second season and those episodes were released in one batch, in June 2020.

In a statement, Julie McNamara, executive VP and head of programming for Paramount+, said, “Jordan Peele, Simon Kinberg, and the entire production team truly reimagined The Twilight Zone for the modern age. They upheld the classic series’ legacy of socially conscious storytelling and pushed today’s viewers to explore all new dimensions of thought-provoking and topical themes that we hope will resonate with audiences for years to come.”

While there won’t be a third season, the existing episodes of this latest incarnation will continue to be available, like episodes of the original, on Paramount+.

What do you think? Have you watched the latest version of The Twilight Zone TV series? Are you sorry to hear that it’s been cancelled?

It must have been performing pretty poorly to be cancelled as Paramount + is launching.

Original always be the best syfy ever. Look forward to watch season 1-2 dvd not worth it anymore watch original on Netflix way better.