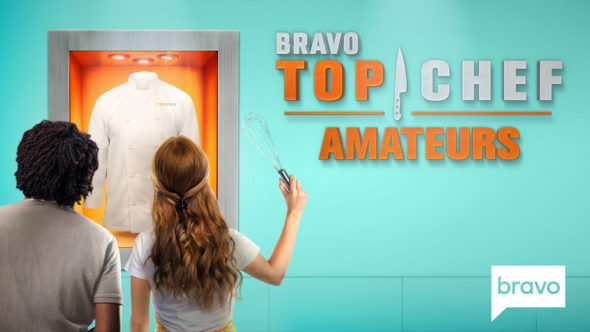 · The network is set to air a special first look of Top Chef Amateurs on Thursday, May 27 at 9 PM ET/PT.

· Produced by Magical Elves, Top Chef Amateurs gives talented home cooks the opportunity of a lifetime to test their skills in the illustrious Top Chef kitchen.

· In each 30-minute episode, two amateur chefs will compete head-to-head in some of the most iconic challenges from the Top Chef archives including the mis-en-place race, blind taste test and they’ll even try to break the curse of Top Chef’s most dreaded dish – risotto.

· Putting their kitchen skills to the test are a wide variety of amateur chefs ranging from an ex-CIA agent to a dental hygienist-turned-food-blogger as well as an architect.

· The amateur chefs will be paired with different Top Chef finalists, frontrunners and fan-favorites who will cook alongside them and help the amateurs battle against the clock.

· The All-Stars will also rotate in as guest judges alongside Gail to decide each episode’s winner.

· The winner of each episode will receive $5,000 furnished by season-long prizing sponsor Wells Fargo.

Check out a sneak peek for the new competition series below.

What do you think? Are you going to check out Top Chef Amateurs on Bravo?

I am going to watch it, however, I would prefer for the amateurs to be by themselves, not with any Top Chef chefs.