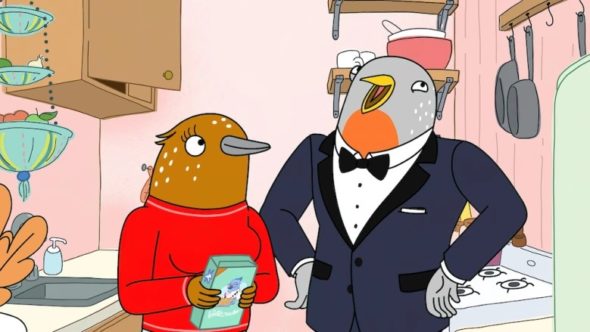 Tuca & Bertie has been cancelled again. The adult animated series was previously cancelled by Netflix after its first season. Adult Swim saved the comedy series and ordered a second and a third season. Season three wrapped in August on the cable channel.

The cancellation means that the show has ended with just 30 episodes, having aired over three seasons. It is still possible that the animated series could find another home, and viewers could see the series ending that Hanawalt had envisioned.

What do you think? Are you a fan of Tuca & Bertie? Did you want a fourth season of this animated series?