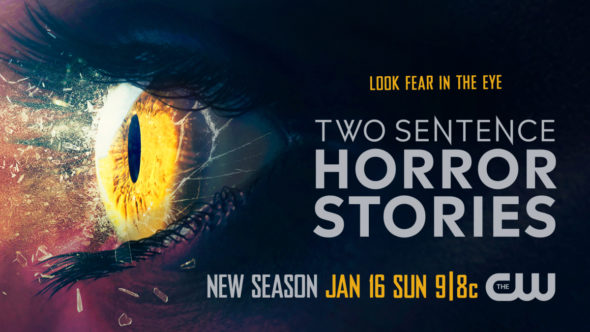 2/21 update: You can see the latest night’s ratings in context.

For comparisons: Season two of Two Sentence Horror Stories on The CW averaged a 0.09 rating in the 18-49 demographic and 466,000 viewers.

What do you think? Do you like the Two Sentence Horror Stories TV series on The CW? Should it be cancelled or renewed for a fourth season?