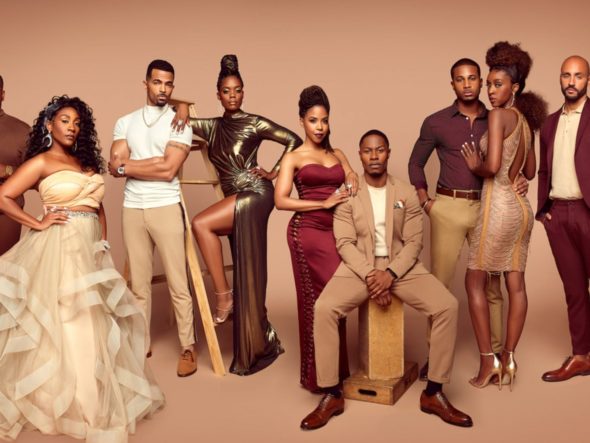 Tyler Perry’s Sistas is returning sooner than originally planned. BET has changed the mid-season premiere for the drama series from June 29th to June 1st. The show has already been renewed for a fifth season.

BET revealed the following about the series:

“The one-hour drama follows a group of single Black females navigating their “complicated love life,” careers, and friendship through the ups and downs of living in a modern world of social media and unrealistic relationship goals. Tyler Perry takes viewers on an exhilarating ride of emotions and gut-busting predicaments that will test the ladies’ long-standing friendship. This band of women, intertwined with their newfound relationships, must navigate this new-age dating scene as they continue to search for love in their 30s.”

Check out the announcement for the earlier return of the drama below.

Have no fear the premiere date is near! 🧡 #SistasOnBET pic.twitter.com/ki2rOYbSVj

What do you think? Are you excited about the fourth season return of Tyler Perry’s Sistas on BET? Are you glad to know that it’s already been renewed for a fifth season?

I’m very pleased about both the new season starting earlier, and will have a 5th season. Looking forward.

Yes I love, love, love this show. Where is Zatima show?

I can’t wait until the new seasons start . I’m So real life times related to Singles Black Women all over the World’s.

Some great news for a change this year lol I wish it was may 1st cause this is my favorite show and my go to after a long day . I’m very picky about what I watch and I think this show is well done. Just don’t mess up the ending when the show has reach the final season because fans support these shows and then the creators don’t tend to cater to a satisfactory ending.

I missed the show. After hard day from work, I am looking forward to show or play or drama to help me relax

I can’t wait to see karen as popping up at zac like he her man b please running from house to house like someone crazy.