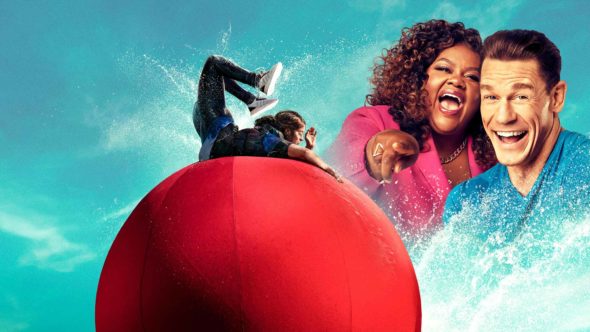 Season two of the Wipeout has a premiere date on TBS. The physical competition series aired its first season earlier this year, and season two will arrive in January with John Cena, Nicole Byer, and Camille Kostek hosting.

TBS revealed more about the return of Wipeout in a press release.

This season welcomes teams from a variety of different backgrounds including a father-son duo with an unusual physical attribute, a record-breaking run by two firefighters, a sex therapist who has the hots for one of the hosts, and a divorced couple who team up to win the big prize – and features a few twists along the way from an obstacle course marriage proposal to Camille finding she’s been replaced by a sock puppet on her sick day to a redemption episode featuring some of John and Nicole’s favorite competitors from across the season. Testing the willpower of each contestant pairing, Wipeout captures the very best in extreme sports competition all while delivering laughs and more than a few epic fails.

Check out a teaser for Wipeout below.

What do you think? Are you excited to see the return of Wipeout on TBS?