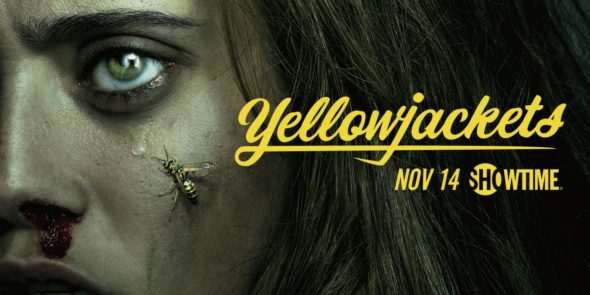 This Showtime series has been called a female version of Lord of the Flies, a book that high school students have been reading for decades. Will the concept of Yellowjackets be interesting enough to keep viewers coming back week after week? Is one season enough to answer all of its mysteries? Will it be cancelled or renewed for season two? Stay tuned. *Status Update Below.

A horror and coming-of-age drama series, the Yellowjackets TV show stars Melanie Lynskey, Juliette Lewis, Christina Ricci, Tawny Cypress, Ella Purnell, Sammi Hanratty, Sophie Thatcher, Sophie Nélisse, Steven Krueger, and Jasmin Savoy Brown. The story begins with a team of wildly talented high-school girls soccer players who survive a plane crash deep in the Ontario wilderness. The series chronicles their descent from a complicated but thriving team to warring clans that are able to survive for 19 months. The show also picks up 25 years later, tracking the lives the survivors have attempted to piece back together as adults — while revealing the truth about their survival.

What do you think? Do you like the Yellowjackets TV series on Showtime? Should it be cancelled or renewed for a second season?

*12/17/21 update: Yellowjackets has been renewed for a second season on Showtime.

I have watched the first two episodes and the parts of 2021 it are quite boring. I can’t imagine how there can be a second season. I plan to watch all the episodes, thanks to the fast forward button.