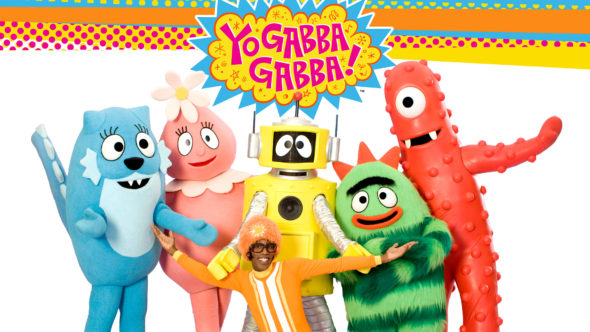 Yo Gabba Gabba! is returning to the small screen. Apple TV+ has ordered a reboot of the classic Nickelodeon kids series.

The streaming service has also purchased the entire catalog of the original series, which aired 2007-15 on Nickelodeon. The series won a Daytime Emmy Award and two Television Critics Association awards.

Per Deadline, WildBrain and Yo Gabba Gabba LLC are behind the new Yo Gabba Gabba!, which will take place in “a fantastic land of optimism and fun, where kids and families are taught life lessons through song and dance that allow them to learn, laugh and heal.”

A premiere date and more details for the reboot will be announced at a later time by Apple TV+.

What do you think? Are you excited about the new Yo Gabba Gabba! series? Were you a fan of the original show?