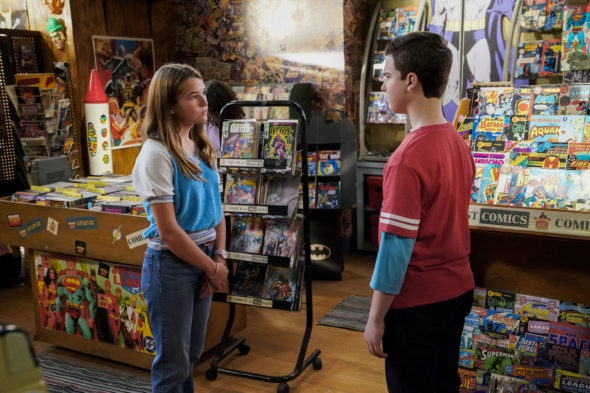 Sheldon’s not the only one to learn a lot in the sixth season of CBS’ Young Sheldon TV show. As we all know, Nielsen ratings typically play a big role in determining whether a TV show like Young Sheldon is cancelled or renewed for season seven. Unfortunately, most of us do not live in Nielsen households. Because many viewers feel frustrated when their viewing habits and opinions aren’t considered, we invite you to rate all of the sixth season episodes of Young Sheldon here.

What do you think? Which season six episodes of the Young Sheldon TV series do you rate as wonderful, terrible, or somewhere between? Are you glad that Young Sheldon has been renewed for a seventh season on CBS?

Young Sheldon looks more like the original Sheldon this season.
Soon there will be another spinoff, Old Sheldon

Not so good now.

This season is really awful, the last episode with Mary writing her book was actually unwatchable! It’s now a depressing, boring drama.

This season so far has been depressing and sad. Most people want to be entertained, laugh and be uplifted. I don’t want real life. We all live that already.

It’s funny, and non violent. Not many shows like that any more.

Great show CBS! All of the actors are Wonderful in the show ‘Sheldon’. Love all of the dynamics too! Please keep this show going for many Seasons to come! Thank you CBS and Producers! ~ Peace, Marc

Great show. Love the story line about Mary and the church. Also Georgie.