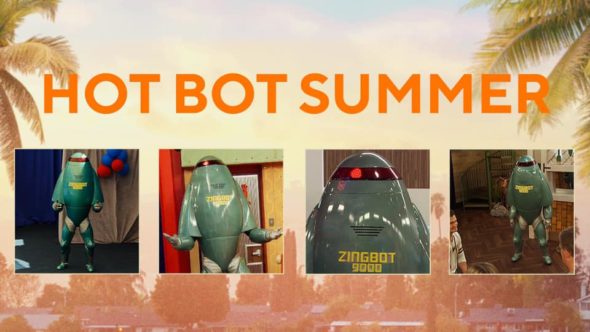 How hot will things in the house get in the 23rd season of the Big Brother TV show on CBS? As we all know, the Nielsen ratings typically play a big role in determining whether a TV show like Big Brother is cancelled or renewed for season 24. Unfortunately, most of us do not live in Nielsen households. Because many viewers feel frustration when their viewing habits and opinions aren’t considered, we invite you to rate all of the 23rd season episodes of Big Brother here. *Status update below.

A CBS reality competition, Big Brother is hosted by Julie Chen Moonves and typically airs three nights a week — Wednesdays (veto), Thursdays (eviction), and Sundays. The 23rd season features an all-new group of players and will feature a flight attendant, make-up artist, start-up founder, farmer, kindergarten teacher, forensic scientist, and an attorney, among others. For the first time in the show’s history, the Houseguests will be presented with a double-or-nothing offer that may be too good to refuse. The players are Alyssa Lopez (24), Azah Awasum (30), Brent Champagne (28), Britini D’Angelo (24), Christian Birkenberger (23), Claire Rehfuss (25), Derek Frazier (29), Derek Xiao (24), Brandon “Frenchie” French (34), Hannah Chaddha (21), Kyland Young (29), Sarah Steagall (27), Tiffany Mitchell (40), Travis Long (22), Whitney Williams (30), and Xavier Prather (27). Big Brother follows a group of people living together in a house outfitted with 94 HD cameras and 113 microphones, recording their every move 24 hours a day. Each week someone is voted out of the house. The last remaining Houseguest wins the extra large grand prize of $750,000.

What do you think? Which season 23 episodes of the Big Brother TV series do you rate as wonderful, terrible, or somewhere between? Do you think that Big Brother should be cancelled or renewed for a 24th season on CBS? Don’t forget to vote, and share your thoughts, below.

I did not watch the finale because Derek F didn’t deserve final 2. This season was boring as heck. I’ve watched since season one. I’m so sick of voting with the house. There’s no originality to the players anymore. This could have been a good season but turned into a boring flop. I’ll check out the first few episodes next year, but if players continue this voting with the house mentality I’m done.

I have watched Big Brother every season. Not this year. I won’t watch a racist show. I will never watch the show again.

I’ve been a big butter fan when it first came out. With that being said, I am very very disappointed in the show. I have removed it from my DVR, I am no longer following under any social media’s I am done with big brother.

Okay I love Big Brother (54 years old). Been watching since season 1. This by far is the worse season ever. CBS is promoting racism, the percentage of ethnicity is not what the USA is made up of , CBS wants a person of color to win!! Fair is fair!! My daughter’s which is your target audience will NOT watch B.B anymore this season. Why? CBS is making it all about a person of color winning. If this is the last season it’s your own fault

Love Big Brother! I have watched Big Brother since season 1 and have never been disappointed. As soon as one season ends that I look forward to next season. Julie is fabulous. Many, many more years of Big Brother.

Enough is enough! Put a decent show on please!!

I have watched Big brother since the very first show aired and have never missed an episode. I think it is the most exciting and interesting reality show on tv. I am 69 years old and my husband is 73 and we truly enjoy every minute of this. My hope is that it will not be canceled for many more seasons.

Love Big Brother , have watched since season 1. Not a fan of teams.

I watch every year. That being said I hate how they picked teams last night. So unfair to the last two houseguest not being picked by one of the team captains. It seems like they tried to find more intelligent cast members this season. I’m waiting too form an opinion until they get more into the game.

Looks like they’ll be successful with a 750,000 grand prize it would have to be good. One thing I would like to see is an audience though.