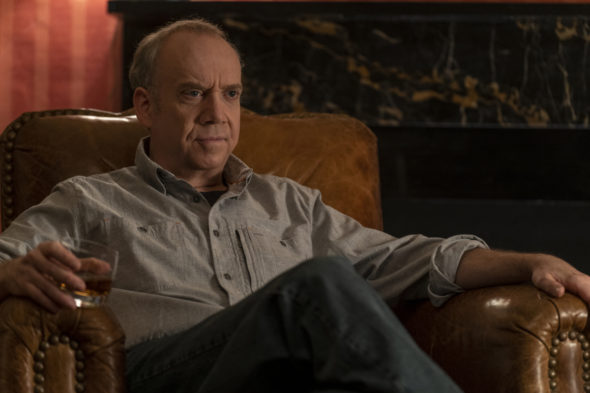 The game will continue. Billions has already been renewed for a seventh season on Showtime. The sixth season kicked off in late January and continues to air on Sunday nights.

A finance and legal drama, the Billions TV show stars Paul Giamatti, Corey Stoll, and Maggie Siff, with David Costabile, Asia Kate Dillon, Condola Rashad, Jeffrey DeMunn, and Daniel Breaker. In season six, Axe (Damian Lewis) is gone and Michael Prince (Stoll) has assumed his place. Now, Chuck Rhoades (Giamatti) must develop a new strategy that is keener and more sophisticated than before. All the players, from Wags (Costabile) to Wendy (Siff), from Taylor (Dillon) to Sacker (Rashad), and of course Senior (DeMunn), must sharpen their weapons and look for new alliances in order to survive. The ground is ever-shifting and the stakes absolute. New king, new war, new rules.

The sixth season of Billions averages a 0.04 rating in the 18-49 demographic and 296,000 viewers in the live+same day ratings (includes all DVR playback through 3:00 AM). Compared to season five, that’s down by 46% in the demo and down by 40% in viewership. While these numbers don’t include further delayed or streaming viewing, they are a very good indicator of how a show is performing, especially when compared to others on the same channel. So far this season, Billions is a middle-of-the-road performer in the traditional ratings.

In season six of BILLIONS, the dust of season five clears to reveal a world that has evolved. With Axe (Damian Lewis) gone and Michael Prince (Stoll) assuming his place, Chuck (Giamatti) must develop a new strategy that is keener and more sophisticated than before. All the players, from Wags (David Costabile) to Wendy (Siff), from Taylor (Asia Kate Dillon) to Sacker (Condola Rashad), and of course Senior (Jeffrey DeMunn), must sharpen their weapons and look for new alliances in order to survive. Daniel Breaker (Girls5eva), who stars as Scooter, the brilliant and locked-down Chief of Staff for Prince, has been upped to series regular. The ground is ever shifting and the stakes absolute. New king, new war, new rules.

BILLIONS is created and executive produced by showrunners Brian Koppelman and David Levien (SUPER PUMPED, Rounders). Beth Schacter (SUPER PUMPED) also serves as showrunner and executive producer. The series was also created by Andrew Ross Sorkin. All previous seasons of BILLIONS are available for subscribers on SHOWTIME. For more information about BILLIONS, visit SHO.com, follow on Twitter, Instagram and Facebook, and join the conversation using #Billions.

What do you think? Have you been keeping up with the Billions TV show? Are you glad that it’s been renewed for a seventh season on Showtime?

One of the more intelligent shows on TV. I’m glad it has been renewed for another season.

I will watch season 7 but I am really going to miss Damien.

Look forward to seeing it every Sunday night legal drama so good.

The show is doing better than I thought it would without Axe. But for the love of all that’s unholy, can Taylor stop talking like a damned robot. “Non-binary” doesn’t equal “non-human”, for Hell’s sake!!